The Rescue of Fu Leng 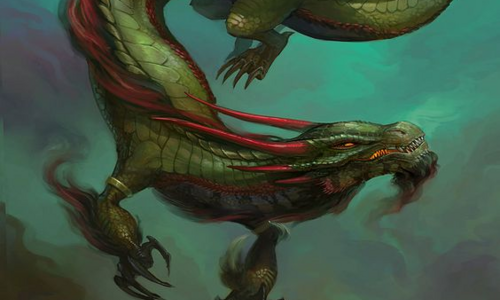 The Little Mountain, once it collapsed onto the ground, twitching, seemed like a bloody pulp. The rending of his side was but the major injury, he was openly bleeding from the multitude of smaller ones the Maw's horns and spikes had cut across his scaly form. If someone wanted to stitch all of them, it would likely take days.

Still, his reputation as unkillable was not to be countermanded this time. The Earth that was his essence would clot and close the bleeding eventually with the efficacy that would make a troll blush with envy. However dramatic and desperate it looked at that moment, however mauled he was, he would eventually recover. But he wouldn't be the same. Jigoku didn't find a way to kill him, nor to stain his soul, but his body would forever be marked my hideous reminders of the fight. Few would be places across his body that wouldn't be carrying dark, repulsive scars, superseding the lattice of his tribal tattoos with their own horrific constellations and networks. His visage would forever be the very tapestry of horrors the joint forces of Heaven and Earth had to face at the gates to Hell. Like a mountain pocked by incessant mining, standing as robust as ever, but forever altered and defaced.

Unlike Shinjo, he wouldn't revert to his human form upon collapse, perhaps because his consciousness wasn't gone, irrespective of pain, blood loss and exhaustion. Neither was his will. Inching, creeping, slithering, he tried to get to her, and once he did, he would roll his form into a nest in which her body could be cradled, his own maw at her wound until Kyosei magic wouldn't close it, the forked tongue sweeping off the hellish, corrupting bile from the gash and spitting it out. Slowly, slower... but never ceasing.
Once known as Kozan of the Hikaru 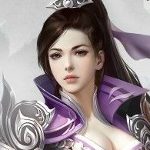 Shinjo slowly returned to consciousness as her leg partially healed and she felt Koyama cradle her gently. She brushed her hand over his scales comfortingly. They were okay. They had made it and would get better. She smiled a little at Kyosei. "Thank you."

Her gaze turned to the dragon surrounding her. "Thank you, my love. You were magnificent."
Kami | Paragon of Honesty | Paragon of Compassion | Daredevil | Quick | Absolute Direction | Wary 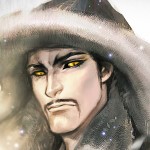 I am so unbelievably tired.

He let himself enjoy the victory for a moment, then squatted down on his haunches, and let a long breath hiss out between his teeth.

His own tetsubo was placed on the ground. The large man sat, them collapsed backwards. Looking up to the sky, breathing slowly.

"I'm getting too old for this shit."

Noriaki no Yamadono wrote: ↑
Sun Jun 14, 2020 8:33 pm
His own tetsubo was placed on the ground. The large man sat, them collapsed backwards. Looking up to the sky, breathing slowly.

"I'm getting too old for this shit."

Then a roar of laughter, the tension and anxiety, even fear from diving into hell finally releasing itself.

Sora started to chuckle. Then to laugh.

Damn, but it was good to be alive.
Imperial • Assassin and Babysitter • Experienced • Bushi • Evil Eye • (The Worst) Sage (in Rokugan) • Team Hikaru • Disturbing Countenance • Willow • Blessed by Fukurokujin

Wears: Either a very simple kimono in Imperial colors or light armor strapped on over Hikaru garb and facepaint.
Carries: An array of weaponry, some traveling rations, a couple of lightweight trade goods, and some dried flower petals.

As of Late Night, Day 7, has a servant- a young woman named Kinyôbi

Dawei shakes himself, rousing himself from the shock of seeing so much.

"We are still not safe here. We need to get back, to get our wounded back, where we can do more to aid them."

He looks at Sora. "And several of us have people to see, as has been said."
Seppun Dawei
Stag Clan * Bushi * Quiet * O-Iemoto * Experienced
Status 2.0, Glory 2.0, Reputation 4.5
In village: wears sturdy clothes; carries bronze sword, knife, often a piece of wood he's carving, finger of jade (2 as of LM15)
Out of village: wears ashigaru armor; carries bronze sword, yumi, quiver of arrows, traveling pack, finger of jade (2 as of LM15)
"Speaking" * Thinking
Description from Dawn 1 * Current Description
Player based in Kerrville, Texas
Top

JUST BEING MYSELF, LOVE. NOT LEAVING YOU ALONE IN YOUR FOLLIES. THAT HAVE SOMEHOW WORKED. He spoke-thought sluggishly, the drain catching up with him, pulling him into semi-conscious drowsiness that comes with blood loss. In his draconic expression, highlander accent was gone.
Once known as Kozan of the Hikaru

"I can call on the water once more. Who would be best served with some healing?"
Kyosei of the Isawa Tribe
Shugenja • Earth • Experienced • Jade

"You can call me a fool all day once you recover, love," she said affectionately, but with worry tingeing her voice.

She looked to him. "I think magic is the only way to stop the bleeding in time with wounds as large as his. Please help him."
Kami | Paragon of Honesty | Paragon of Compassion | Daredevil | Quick | Absolute Direction | Wary

Kyosei of the Isawa wrote: ↑
Mon Jun 15, 2020 6:49 am
Kyosei looks at the large creature. Then makes one more slice on his forearm. He only hopes the Water spirits are willing to listen. Which they are, to an extent. But against the large creature's size? Would it be enough?

It's enough to stop the bleeding, leaving him injured, but allowing his body to begin recovery.
GM + Bird + Glorious Plumage + Experienced

"Is the dark side stronger?"
"No, no, no. Quicker. Easier. More seductive."
Top

"I cannot heal anymore. But, I can give a shoulder, to help someone out." He looks at the Dragon again. "Except you. Sorry, you're gonna need to carry yourself out of here."
Kyosei of the Isawa Tribe
Shugenja • Earth • Experienced • Jade

She looked to him. "I think magic is the only way to stop the bleeding in time with wounds as large as his. Please help him."

YOU KNOW I WON'T DIE AS LONG AS I HAVE YOU TO LIVE FOR. He thought-spoke, slithering a bit more vigorously, being reinforced by the Elemental Water thanks to Kyosei; the very feeling that he had had when his Water causing had been teaching him to be like he was now. THE WORLD STILL NEEDS YOU, SO I HAVE TO PRESERVE YOU. SINCE EITHER OF US ISN'T GOING ANYWHERE FOR NOW, AND THE DEAL WITH THE WORLD NEEDED IS DONE HERE FOR NOW, I HOPE YOU CAN GIVE MORE ATTENTION TO THE FAMILY WE HAVE MADE. The dragon's grin could be terrifying with the wrong optics that emphasised fangs, jaw size, strips of the Maw's flesh in it as well as ichor-oozing wounds across his muzzle, but it carried a beastly charm for those who could look beyond their inherited tree-dweller sensibilities.
Once known as Kozan of the Hikaru

Kyosei looks at the teeth, and sees something different from most. "Ah, Dragon, ah, friend. Do you ever, well, shed your teeth?"
Kyosei of the Isawa Tribe
Shugenja • Earth • Experienced • Jade